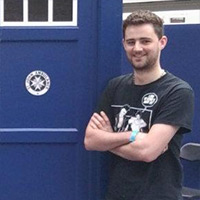 This week the spotlight shines on comic book writer and illustrator Daniel Bell.

You can pick up issue 1 of Dan’s Psircus series, and other items, via his Comicsy Shop.

1. When did you first decide that you wanted to create your own comics?
When I was a teenager. At secondary School there was an art teacher who set up a comic club which I drew a few short stories for. I never thought I was good enough to be a professional artist so I studied science instead. After that I just used to doodle all over my notes at college and university. After I finished university, I decided that I would start drawing my own comics and started putting together some story ideas. It was around that time that a friend mentioned that she worked with someone who made they own comics and from that I managed to track down Underfire Comics and the whole world of Small Press.

2. Who has had the biggest influence on you outside the comics industry, and how did they affect your life?
I really don’t know if I could pin-point a single person… There are a few bands who have really influenced me…

3. Who has had the biggest influence on your comics career, and how has that person changed your work?
Everyone involved in the now defunct Underfire Comics, Colin Dinnie, Nick Dyer, Iain Buchanan, Cosmo White, Oli Bailey, Amsel Von spreckleson, Bob Molesworth…. I learnt a lot about the pitfalls of small press from people who had been there before and made those mistakes. I’ve also learned a lot about the art of comics from these guys, stuff I’m sharing with younger creators like Anna Redman.

4. What do you do to recharge your creative batteries? 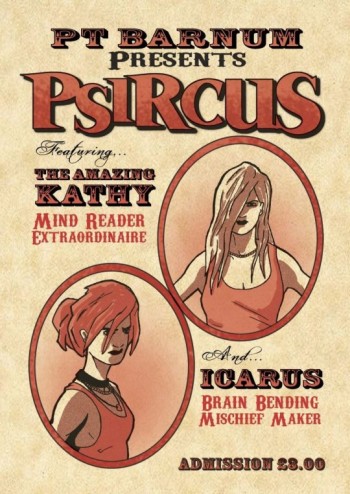 I like reading comics. A lot of artists I know say they can’t read comics anymore without analysing them and picking them apart. I find I don’t have this problem and I can just enjoy getting caught up in the story. I’m currently really enjoying Dan Slotts ‘Spiderman’ , Mike Careys ‘Unwritten’ and Brian K. Vaughn ‘Saga’, but then isn’t everyone?

6. What tools do you use to create comics and what makes them the ‘right tools’ for you?

I’ll answer these two in one.

For writing, I usually have an idea and then I let it form in my head. This can be a slow process or incredibly quick. Some ideas seem to come fully fleshed out; others take a lot of thinking about. Once I have the story and themes ready I’ll sit at the computer and get it out in one go. I often have to set aside a lot of time for this so it’s fortunate I work in a school and don’t work school holidays. Once it’s written out in script form I’ll leave it, go back to it and edit, leave it, go and edit, show someone and get their opinion, edit again… For me a script is never set in stone until it’s gone off to print. 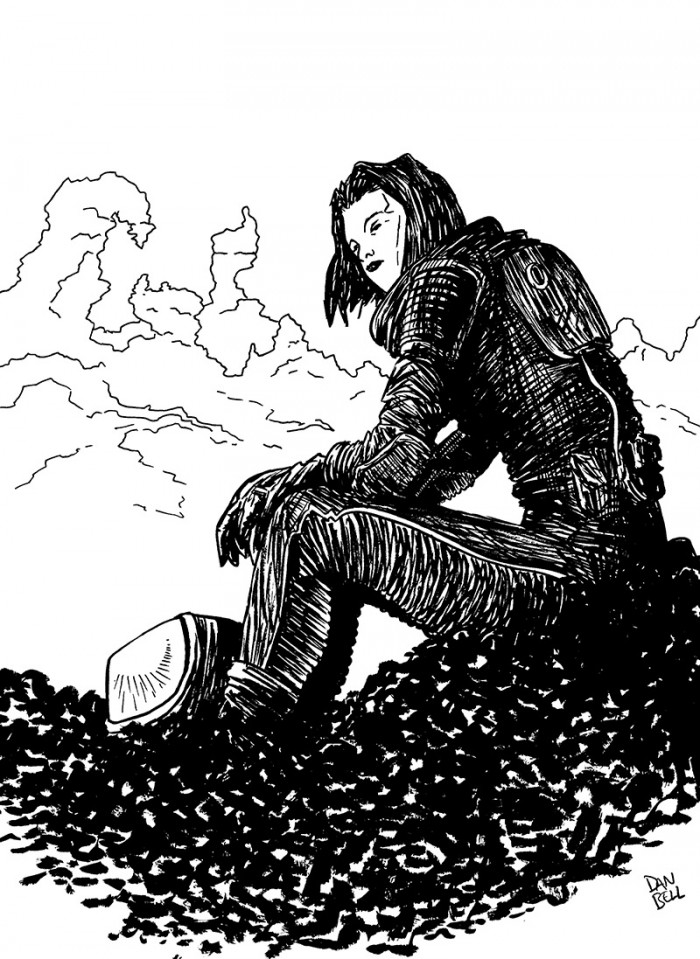 The hardest thing about drawing is finding the time. After work I’m normally exhausted and have to force myself to get at it. I draw on A3 copier paper with a blue lead mechanical pencil. I’ve used Bristol board and other types of paper before but I don’t really see the necessity for such expensive paper. I know a lot of people swear by certain makes but I guess I’m just not too precious about these things. I usually thumbnail a page and try to stick to it but panels usually change. Depending on the story I’ll use photo reference sometimes. I like to take my own pictures but for specific things like vehicles or buildings I will use Google images and Sketch-up. I know some people might think this cheating but time is a factor for me and taking shortcuts increases productivity. Why spend four days rendering a ’68 Cherry Red Cadillac in perfect perspective when you can use a picture get the same effect in minutes?

I ink using a Pentel brush pen and UNI fine liners. After that I scan in photoshop as a bitmap and then convert to CYMK for colouring. I do all my adjustments, colouring and lettering in Photoshop because I know how to use it. I know Manga Studio and Illustrator might be better suited for some jobs but I don’t have the time to learn (or money to buy the programmes). Lettering is something I learned to do out of necessity. I learned a lot from Jim Campbells blog about lettering, not the technical knowhow but more about the aesthetics. I think most artists should learn to letter as it improves your layouts by making you aware of just how tough a letterer can have it.

7. What element of your work gives you the most personal satisfaction?
Having a complete comic in your hands or when you really nail a particular panel.

8. What has been the most rewarding project in your professional career – in or out of comics – and why? 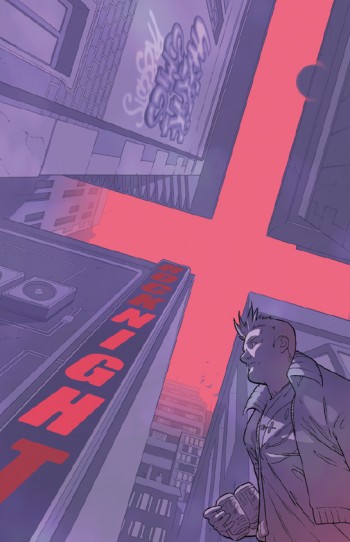 Back in 2007 Underfire Comics released Rock Night. It was a collaborative story where everyone involved offered writing and artwork based in and around the same event: You wake up to discover a comet will hit the earth in 24 hours. What do you do?

We all worked so hard on that book and even though some of my artwork for it makes me cringe, I’m still incredibly proud of what we did, even if no one knows about it. It’s available digitally on Comicsy.

9. What’s the best piece of comics advice you’ve ever heard?
There are a load of comic specific things like ‘leave room for dialogue’, ‘first speaker on the left’, even numbered page reveals’, ‘the 1800 rule’…

Here’s my own personal advice (I guess it only applies to small press) and it’s ‘only write/draw something if you’re in to it’. Some of the most laborious work I’ve done if the stuff which I wasn’t that in to and the work turned out lacklustre.

Also, ‘don’t forget, it’s only a comic’ and ‘don’t be too precious and listen to criticism’.

10. Time to get philosophical: What’s the most important ‘big idea’ that you’ve learned in life – in or out of comics – and why is it important?
‘With great power comes great responsibility’.

You can pick up issue 1 of Dan’s Psircus series, and other items, via his Comicsy Shop. 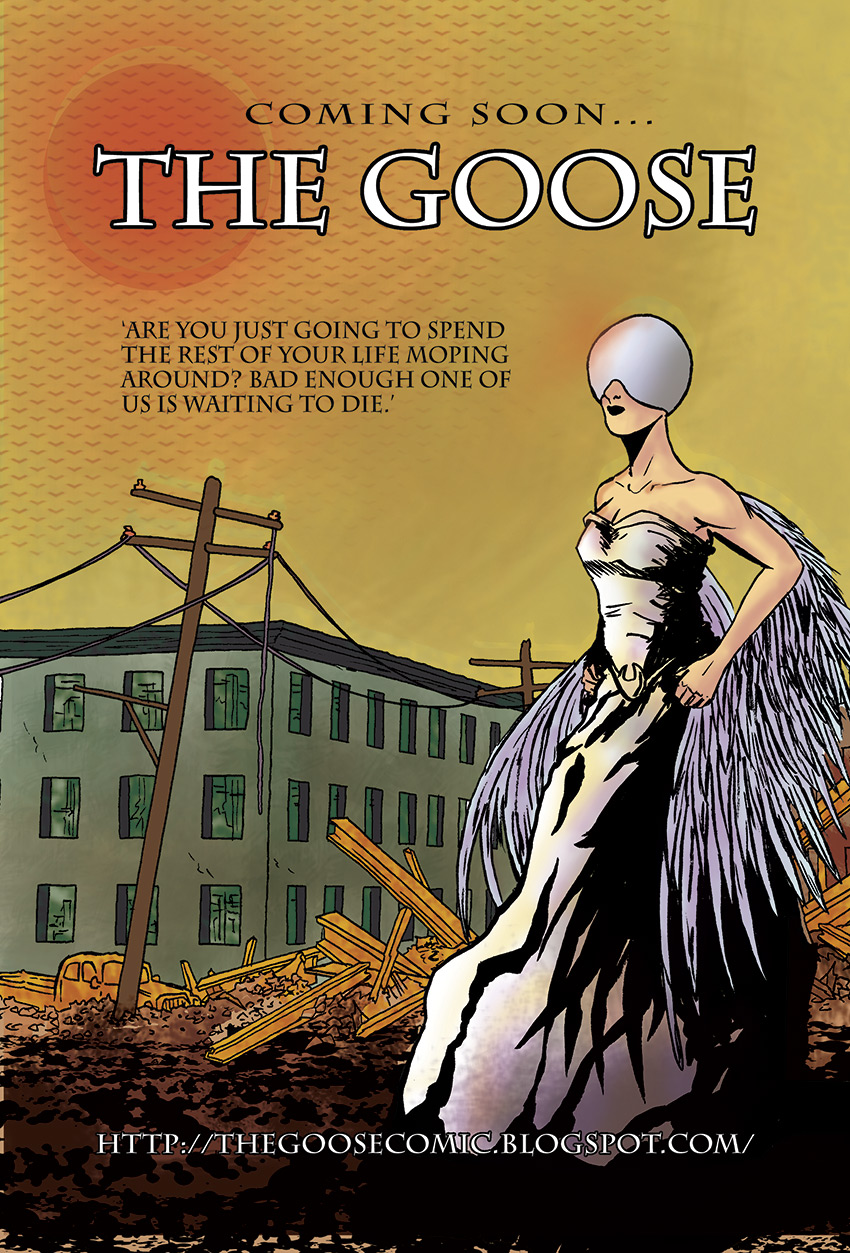