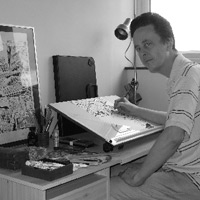 In our second ‘spotlight on’ we meet British comics writer and artist, Michael Crouch, the creative force behind Storm Comics.

You can buy Michael’s comics via his Storm Comics Comicsy Shop.

1. When did you first decide that you wanted to create your own comics?
Ever since I was a very young kid. I have always drawn and made comics which I’ve shared amongst friends and work colleagues but it was only in the past few years that I started publishing and selling my own stories. The nine-to-five job generally got in the way although my satirical comic has lasted 18 years, been banned once by management, and still pops up again from time-to-time. Unfortunately the Official Secrets Act forbids me from publishing it publicly (no, really))!.

2. Who has had the biggest influence on you outside the comics industry, and how did they affect your life?
While tracing my family history, I uncovered the short military history of my dad’s dad, an ANZAC seriously injured at Gallipoli in 1915. I barely knew him but it was clear from the family that he’d never spoken of his experiences. Like so many of that era he just stoically got on with things. Putting it all together pretty much shaped my attitude to life; no whinging or going on about how hard things are, just shutting up and getting on with it.

3. Who has had the biggest influence on your comics career, and how has that person changed your work?
Not a direct influence as such, but an inspirational one is Dave Gibbons. He was the first artist whose work I could recognise immediately and followed religiously for many years. His early comic work fired me and excited me and made me want to draw. His black and white work on strips like Harlem Heroes, Doctor Who, Dan Dare and so on still rank as a highpoint in comic art for me. Discovering what a genuinely nice bloke he was later on just cemented that inspiration.

4. What do you do to recharge your creative batteries?
A long walk somewhere quiet and open. The North Norfolk coast is a great place to let ideas wash over you. Or a spot of astronomy usually sets off my sense of wonder.

5. Describe your typical work routine.
I usually write and draw at weekends, the odd day off work or evenings during the summer. Ideas usually circulate in my head for weeks or months. I’ll jot the best ones down, make connections and try to create a story from them. I usually write up an outline for myself or a script if someone else is drawing. Then I like to do the old-fashioned thing of drawing thumbnails, final art in pencil, then ink onto A3 paper which I’ll scan in afterwards, clean up and add text, effects and so on. 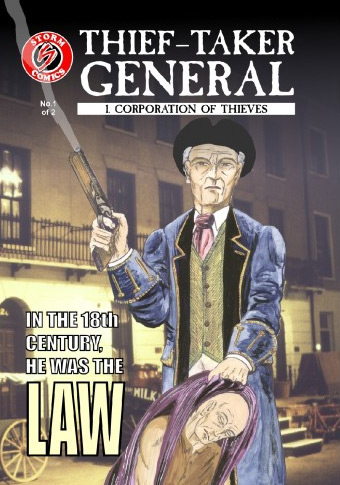 6. What tools do you use to create comics and what makes them the ‘right tools’ for you?
I use Coreldraw 12 which I bought some years back for working on scanned art, print layouts, etc. Other than that its good thick Cartridge paper, a selection of pencils, Rotring pens, brushes and ink, usually gouache. I had a go with Manga Studio but struggle to draw on screen and prefer the slow build-up of creating art on the page. I find it less of a strain on the eye than working on the PC all of the time.

7. What element of your work gives you the most personal satisfaction?
Adding the text to the finished art and seeing the whole page come together as I had seen it in my head for so long. Like most people though, I am my own worst critic and never satisfied with what I have done. Sometimes though you just have to draw a metaphorical line under it and say it’s done, then move onto the next big thing! 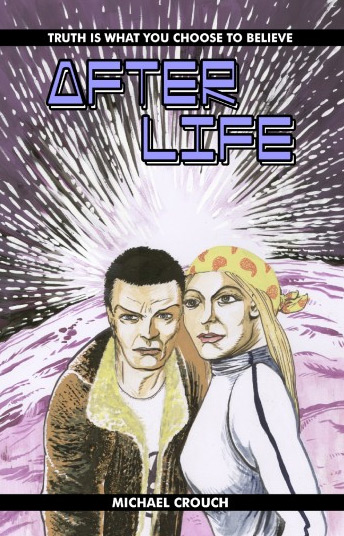 8. What has been the most rewarding project in your professional career – in or out of comics – and why?
I once wrote a kids adventure game / text story based on the facts of The Gunpowder Plot which was published in the Daily telegraph’s kids section. It filled a page with art added to it and the big thrill was to see my name down the side. My first professionally published piece, I still have a photocopy of the cheque I received. Comic-wise it would be my Blackfriars serial (sold via Back from the Depths); I felt like I recaptured some of that energy and thrill of the old 70’s, early 80’s british boys comics (and Vikings versus Vampires, what a combination)!

10. Time to get philosophical: What’s the most important ‘big idea’ that you’ve learned in life – in or out of comics – and why is it important?
It is easier to tow the line and follow the consensus than it is to ignore it all and go your own way. But going your own way is infinitely more rewarding and at the end of the day, what does anybody else know? Ignore them and do your own thing. Then again, what do I know?