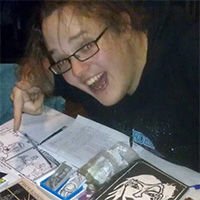 Comic creator and editor extraordinaire Owen Watts’ enthsiasm for comics has helped him forge some unique anthologies. Comicsy caught up with Owen for another ‘Spotlight on…’

You can purchase Owen’s comics via his Comicsy Shop.

When did you first decide that you wanted to create your own comics?
I’ve been stapling together my own comics forever – I had a Beano-style comic called Owin on the go at eight years old – and I haven’t really stopped since then! You name it I did a comic about it – but I never branched out into selling them until 2011, although I now outsource the stapling.

Who has had the biggest influence on you outside the comics industry, and how did they affect your life?
Outside of comics it’s hard to pin down any one particular person or influence – they are all over the place. Anyone who loves what they do, whatever the field, you can see them a mile off and they’re glorious.

Who has had the biggest influence on your comics career, and how has that person changed your work?
Dave “Bolt-01” Evans is the chap who’s responsible for where I’m at. He edits Zarjaz, Futurequake & Something Wicked and helped shape my art and my comics into what they are today. His opinions are always honest and his enthusiasm boundless.

What do you do to recharge your creative batteries?
Cider and prog. Both are invaluable to the creative process. 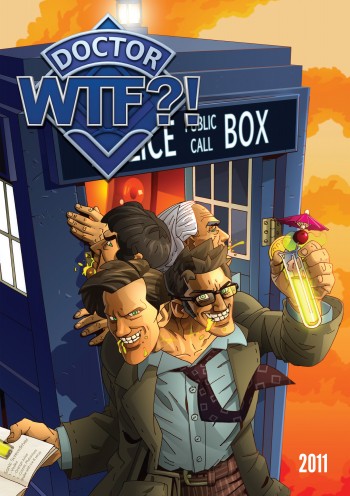 Describe your typical work routine.
I’m still doing this in my spare time, so I work whenever I can. My full-time job is archaeology – so a lot of my comics have been drawn onto mud-stained paper in my lunch hour!

What tools do you use to create comics and what makes them the ‘right tools’ for you?
I create them almost entirely digitally now, with a small paper rough usually being the only physical remnant – still can’t quite get rid of the dynamic of a little pencil drawing – which is always the root of the finished thing. I’ve changed them a lot and I think I’ll continue to change them – it’s whatever gives you the look that you want to achieve really.

What element of your work gives you the most personal satisfaction?
I feel satisfied when something’s finished. Not necessarily when people see it, or react to it, but when it’s finished. Then I can get going on the next thing! 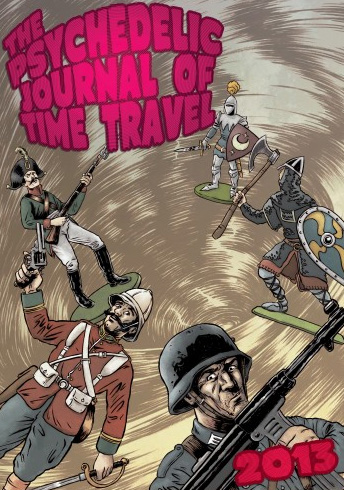 What has been the most rewarding project in your professional career – in or out of comics – and why?
Without a shadow of a doubt it’s the Supersquirrel Undefeated comic. The titan of comics, Mr Carlos Ezquerra, was battling cancer and this was put together by Mark “The Legendary Shark” Howard and printed once exclusively for Carlos. I was in there, alongside small press idols and 2000AD gods. There are more details here but what a thing to be a part of! Doesn’t get better than that.

What’s the best piece of comics advice you’ve ever heard?
The first thing that comes into my head is a slightly modified version of the old cliche which was told to me by the indomitable Ghostpockets which went along the lines of – “You can ONLY be two of three things – nice, good or punctual” so if you don’t think you’re any good you can at the very least get things done on time and not be a dick about it. Which takes the pressure off!

Time to get philosophical: What’s the most important ‘big idea’ that you’ve learned in life – in or out of comics – and why is it important?
Take a critique as you would a compliment – if people are willing to give you constructive feedback then people care about what you’ve done and have taken the time to pick it apart. It’ll then inform you on where to go next. Don’t be afraid of it, and don’t shy away from giving it to others. Be constructive!

You can purchase Owen’s comics via his Comicsy Shop.