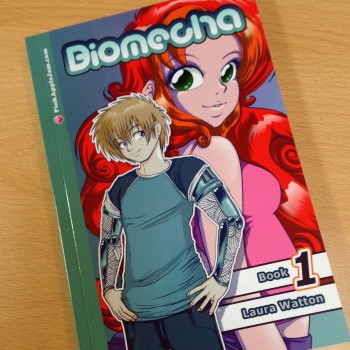 Biomecha Book 1 has been reprinted for 2015 and contains original works from 1994-2006. If you want to see what sort of stuff was being made in the Western manga scene in the 90’s, this is probably a good place […] 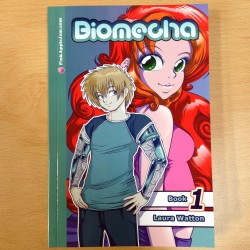 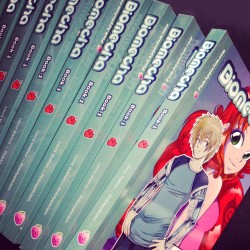 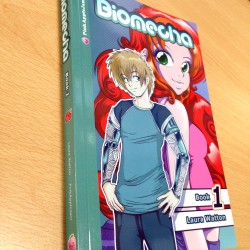 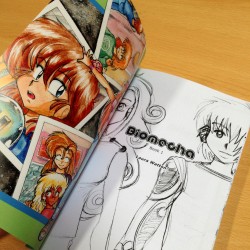 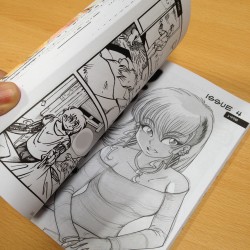 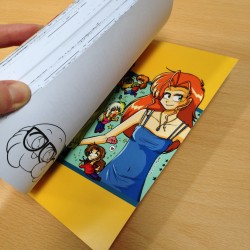 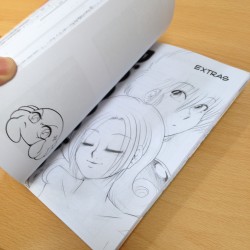 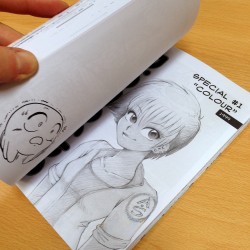 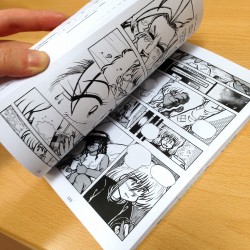 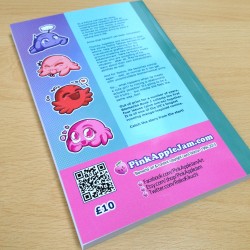 Biomecha Book 1 has been reprinted for 2015 and contains original works from 1994-2006. If you want to see what sort of stuff was being made in the Western manga scene in the 90’s, this is probably a good place to start! This story is a long-running UK self-published comic that has been stylistically influenced by many years of Japanese pop-culture media. It started in the 90’s and has followed me through school, college, Uni and my postgrad working life. It’s a story of a random friendship group, trying to deal with stuff that isn’t immediately obvious; it is a mashup of sci-fi teen drama and some romance, too.

It has been an experiment where I learnt how to tell stories using comic format from scratch, and I use it to this day to explore different comic mediums. Artwork-wise, the entire story went from being completely hand-drawn (including hand-cut pattern tones and printed lettering from Word via Windows 486 PC) and manually photocopied/stapled, to being constructed almost entirely digitally using Photoshop, Illustrator, Manga Studio and utilising digital print formats available online.

The story will conclude with Book 3, but until then please feel free to take a look at Books 1 and 2 via digital and print media. Support for this comic is assisted by generous Patreon donations, purchases of printed materials and goods via Etsy. Funds get put back into making more comics.

Taking place in the year 2025, Biomecha revolves around Toshio Takeya, a boy who lost his arms in an accident and was given a pair of super-strong mechanical replacements by an android specialist. Unfortunately, he finds himself unable to control his incredible strength and so enrolls at the the All-Purpose Cybertechnik Hi-School, an educational institution for youngsters with superpowers, in the hopes of finding help with his problem.

Here he meets Phyllis Fernandez; Jo Flanagan, blind but able to read minds; and Reiko Kikuchi, who has no powers and was only accepted into the school by mistake. Stuck in a school forced to attend classes that go completely over her head, Reiko also finds solace in the friends she has met. Constantly optimistic, she is very supportive of all her friends’ endeavours. Toshio falls in love with Reiko – but can he ever touch her without hurting her? It’s a little difficult dating a guy who doesn’t mean to literally crush you!

Many thanks for looking, please check out my other items, too! ^-^