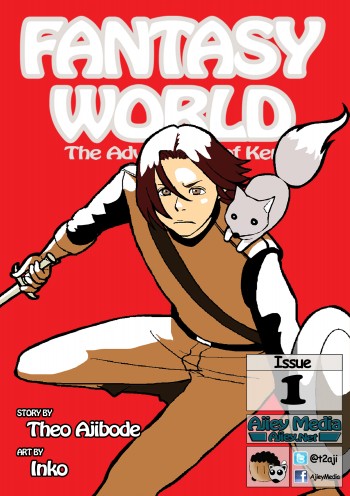 Fantasy World the Adventures of Ken is a new series about adventure, mystery and simply making fun of fantasy clichés

Ken however isn’t like most teenagers and instead wants to become a musician. But Ken’s father, who was a legendary adventurer himself, will not have his son becoming a “pansy musician” so after a long fight, Ken’s father kicks him out the house and forces him on an adventure… And Fantasy World tells the story of his adventure